2014.   A new year.  Some years we are so very grateful for a clean slate.  Other years, when we suffer losses, a continuum feels better.  And then, there are Rob Ford years, which are so implosive no realignment of the planets can resurrect them (we hope to god – but Toronto, step up to the plate on October 27th).

High time I tucked away my blog until my next journey.

Some of what I learned…

The internet didn’t start global connectivity.  Our desire to connect with one another didn’t start with Apple. Our ability to learn from one another and to inspire each other defines us. True, Twitter helped the Arab Spring accelerate. But history shows that previous revolutions, and philosophies and ways of life sprung equally from previous history, communication, and inspiration from others.

> Louis Quatorze raised style to new heights, building Versailles and moving the seat of power in France away from the Louvre to Versailles, 1643-1715

> The Age of Enlightenment rose in France with Voltaire, flowing from the Renaissance, 1650-1789

> Peter the Great moved the capital from Moscow, built St. Petersburg, and modernized and westernized Russia 1682-1725

> Maria Theresa expanded the Holy Roman Empire through marriage instead of war, 1740-1780

One could go back to ancient Rome, Egypt and Greece to find similar connections. And surely back further in time to our roots.

Best opera: The Queen of Spades at the Mariinsky, St. Petersburg (Simon Boccanegra at the Vienna State Opera; Don Giovanni at the Estates Theatre, Prague) 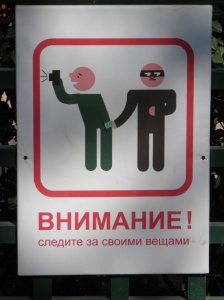 Unexpected things about this trip:

1. Getting lost is awesome.
2. Learning how to say spasebo/danke/dekuji opens doors and windows.
3. Hearing a dog barking in a department store.
4. Men are chivalric in Moscow.
5. The men (and in a couple of cases, women) with their glorious six-packs serving as pillars all over Europe didn’t start in the Baroque period; I found them first at the bath house at Pompeii (but this has Cleopatra written all over it; hers were probably live).
6.  No security or passport control at train stations.  Train travel in Europe is as easy as hopping on a subway.
7. The natural inclination when cutting and pasting into a blog on an ipad that the information cut is held in the actual index finger and the middle finger must be used for other transactions until the information in the index finger is pasted.

Etiology of the word “inspire”:  to breathe in spirit.

All the best for 2014 and happy travels!

2 thoughts on “Connecting the Dots”