Sherry (Spanish: Jerez [xeˈɾeθ]) is a fortified wine made from white grapes that are grown near the city of Jerez de la Frontera in Andalusia, Spain.

Like champagne in France, “Sherry” has protected designation of origin status, and under Spanish law, all wine labelled as “Sherry” must legally come from the Sherry Triangle, an area in the province of Cádiz between Jerez de la Frontera, Sanlúcar de Barrameda, and El Puerto de Santa Maria.

And, well, we’re passing right through, so… 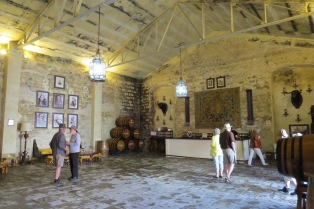 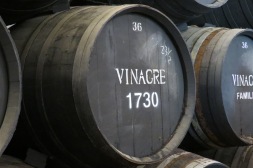 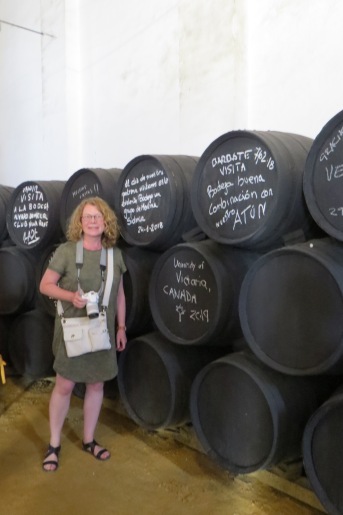 Jerez has been a centre of viniculture since wine-making was introduced to Spain by the Phoenicians in 1100 BC. The practice was carried on by the Romans when they took control of Iberia around 200 BC. When the Moors arrived, they introduced distillation, which led to the development of brandy and fortified wine.  Christopher Columbus brought sherry on his voyage to the New World and when Ferdinand Magellan prepared to sail around the world in 1519, he spent more on sherry than on weapons.  We can understand why.  Delicious!

This afternoon, we were treated to ‘How the Andalusian Horses Dance,’ a show held at the Royal Andalusian School of Equestrian Art in the historic center of Jerez.  We saw routines ranging from classical dressage to carriage driving and doma vaquera, which traces its roots to traditional cattle herding techniques.

The relationship with the horse reminded me of the Gaucho and his horse in Argentina, an amazing communication between the person and the horse. Characteristics of these beautiful horses are: