Itinerary:
– Travel to Salamanca
– tour of Salamanca, town of Spain’s oldest university
– walking tour of the old town including the Cathedral of Salamanca

A pretty drive through the countryside causes me to reflect on the current economic crisis in Spain. The highways are tolled, boulevard-divided, perfect runways lined with windmills and solar panels in a country looking for alternatives to traditional sources of energy. The cities are sparkling clean and the art galleries magnificent. I am not sure about the country’s social programs but I think they are slightly better than ours.  The long-term conservative government was routed just days before we arrived, and it will be interesting to see whether spending will increase (not that I am against social spending) even as Spain, and Greece, seem on the brink of financial collapse. 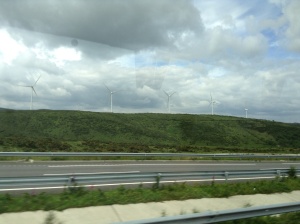 Salamanca is a university town. Founded in 1134, the University is the best in Spain and everyone from Cervantes to St. John of the Cross to Franco have attended here. The river is dotted with sculls and the town is a warm golden colour, sandstone enriched with age, strikingly similar to Cambridge and Oxford.

The magnificent cathedral was right across from our hotel and our visit began with a tour of the cathedral. Actually two cathedrals, one old, one new. You may recognize the entrance to the new by one of the carvings around the doorway. 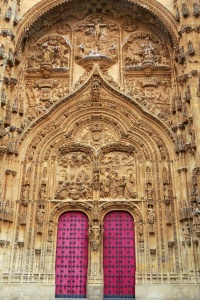 The interiors are equally rich: 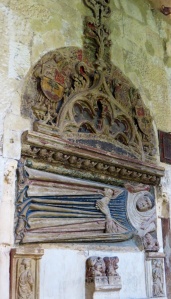 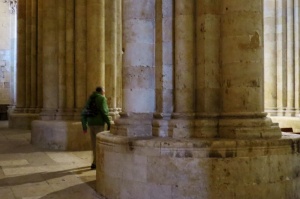 The students used to have to write exams in the crypts of the cathedral, with a deceased bishop and a stern professor looking on. 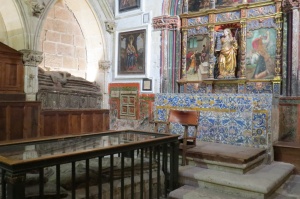 The town is completely devoted to the university and has a beautiful, sprawling plaza mayor, restaurants and bars populating its circumference, the town hall dominating the skyline. The students used the blood from bulls at bull fights in the square to paint their name and the symbol for Victorious on the walls when they passed their final exams. 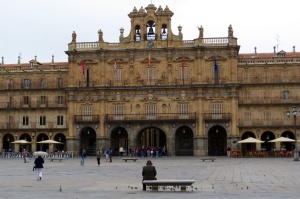 We had our first (of many) stork sightings today – they make our eagles and osprey look tiny! 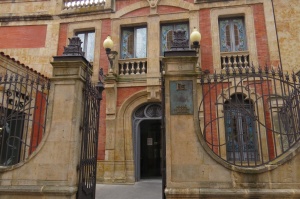 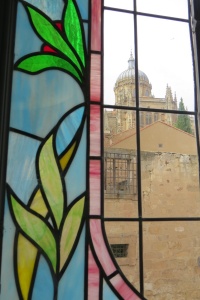 One of our group observed that the Phoenix Boys Choir, led by a former director of the Vienna Boys Choir, would be performing in the old cathedral, and many of us attended. The acoustics were absolutely amazing and the first and last songs were sung with the boys surrounding the audience. It was magical in the gorgeous setting. 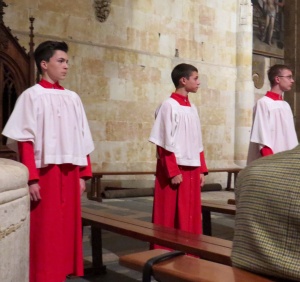 We had only one night here, but we had managed to pack in as much as we could of this rich cultural centre.  A very light late supper at the hotel rounded out the day.