Today, we bundled up and headed into the mountains for an adventure. We passed through two colourful mountain ranges before reaching the Andes. In the morning, we stopped at a viewpoint and Estefano set up his table and treated us to hot coffee and the country’s best Alfrejo’s – chocolate mousse and dulce de leche (caramelized sweetened milk) wrapped in chocolate – perfect! 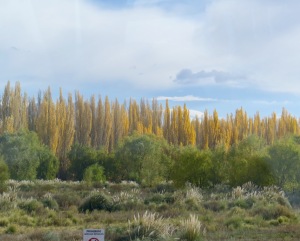 We were surrounded by mountains and we were mainly at their peaks. We saw many condors circling overhead. It was cold and windy, but we reached the Andes national park (near the Chilean border) and had a wonderful walk up into the mountains.  The air was extremely thin and our lungs felt it.   Aconcagua is the tallest peak in the Americas. 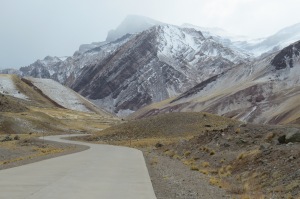 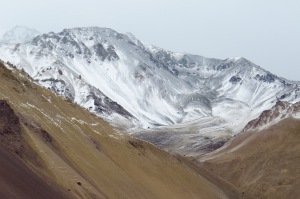 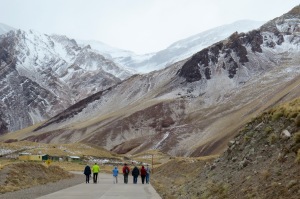 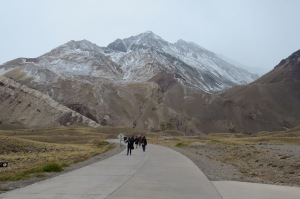 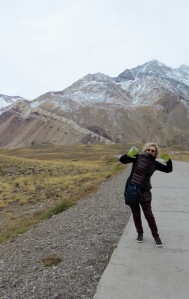 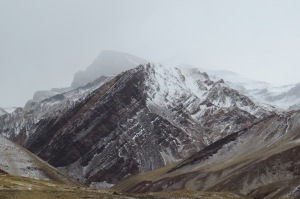 Some of our group reached the snow and in a supremely Canadian act, they brought back a little snowman which they left at the door of the visitor centre. One little Argentine had never seen a snowman (“monigote de nieve”) before. 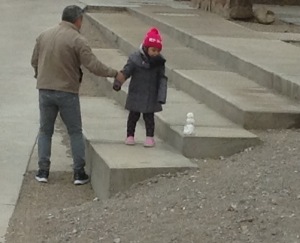 We had a “boxed lunch” on board the bus which included hot soup, sandwiches, red wine, more alfrejos and half-bottles of champagne.

We stopped at a magnificent natural bridge and geological formation that looked as though it had been painted by a modern artist. It reminded me a bit of Antelope Canyon in Utah, only much colder. In fact, as we were leaving, it began to snow.

It was an adventurous day, much different than all the others, and it was hard to believe, bundled up, shivering, amidst the rock and seeing snow, that tomorrow night we will be watching a tango show in Buenos Aires.