A brief history of two or three damn things sets the stage for our trip south to Andalusia. 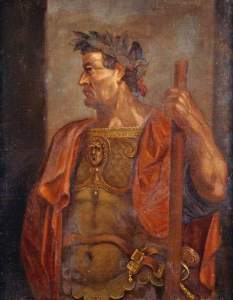 We will see many Roman structures and architecture, some still in use, in Spain.

For example, the roman aquaduct we saw on a day trip to Segovia, about an hour’s drive from Madrid: 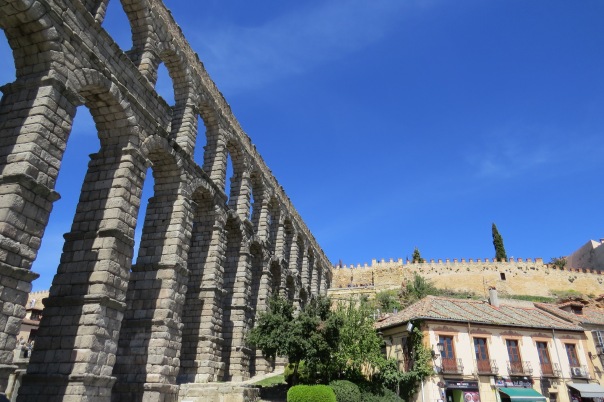 The location of southern Spain with Gibralter at its southernmost tip and Gibralter Strait just 7.7 nautical miles across to Africa made Spain a magnet for military strategists and trade throughout its recorded history.  After the Greeks, Roman armies first invaded the Iberian peninsula in 218 BC and used it tactically against the Carthaginians (in Carthage in what is now Morocco).

Roman Hispania was for 500 years part of a cosmopolitan world empire bound together by law, language, and the Roman road.   Hispania also had its influence on Romans – Caesar wrote that soldiers from the Second Legion regarded themselves as hispanici.  Some of the peninsula’s population were admitted into the Roman aristocratic class and they participated in governing Hispania and the Roman empire.  However, Jewish people came with the Romans, and they were treated appallingly badly, as little more than slaves.

The Goths were a nomadic Germanic people who fought against Roman rule in the late 300s and early 400s A.D., helping to bring down the Roman Empire.   The Visigoths were the tribes in the west.  (The Orthogoths caused a good deal of trouble for the eastern Roman Empire in what is now Turkey.) Following the Visigoths’ sack of Rome in 410 A.D. was a terribly dark and violent period in European history after the vacuum created by the fall of the Roman Empire with Goths fighting the Vandals, the Huns, the Barberians and each other.  The ascendancy of the Goths is said to have marked the beginning of the medieval period in Europe.

The Visigoths ruled Hispania starting in 475 under King Euric and eventually settled down in Spain and converted to Catholicism in the seventh century. In 643, Visigoth King Chindasuinth ordered the writing of the so-called Visigothic Code and it applied equally to the conquering Goths and the general population, most of whom had Roman roots and had lived under Roman laws. It effectively ended the distinction between the “gothi” and “romani” people in the eyes of the law, decreeing that all those residing within the Visigoth Kingdom were considered “hispani.”

The Visigothic Code also established rules for marriage and the inheritance of property.  Women were allowed to inherit property and manage assets independently.   They could also represent themselves in legal proceedings and arrange their own marriages.

Some elements of the Visigothic Code endured. It formed the basis of the laws established by the Moors following their conquering of the kingdom in the early 700s.  Like the “romanis” during Gothic rule,  Christians were allowed to live under their own laws, as long as they didn’t conflict with those of the conquering Africans.

Much of the Code is reflected in our law today in Canada.

Here is a link to the translated Code:

And speaking of the arrival of the Moors, in 750 A.D. in far away Damascus, Syria, a completely foreign land and culture to the Hispani, a violent incident was to profoundly change the course of European history, starting with that little southern tip of the Iberian Peninsula, Gibralter.  More to come. 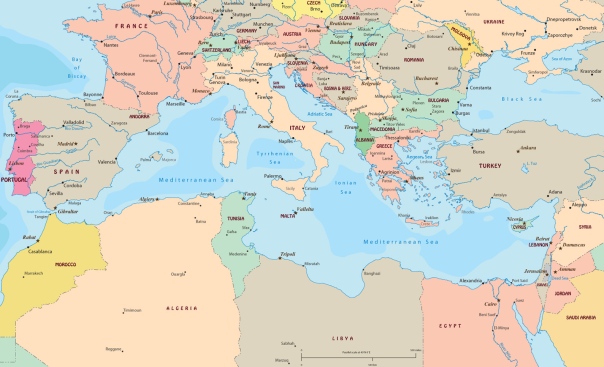 2 thoughts on “History: “One damn thing after another””