Since we would be seeing La Traviata on our final night at the Palau de Musica Catalana – a stunning Art Nouveau theatre built by architect Lluis Dominech i Montaner – we decided to visit another of his designs, Sant Pau Hospital Museum, built between 1902 and 1930.  It is hard to believe that this gem of Catalan Modernisme and UNESCO world heritage site was a fully functioning hospital up until the 1990’s.   When construction of a new hospital was complete in 2009, Sant Pau was converted into a museum. 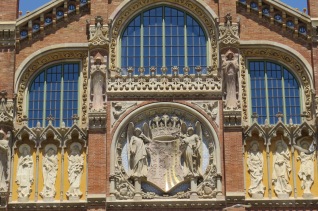 The underground Hippostyle Hall supporting the building above was used as an emergency department. 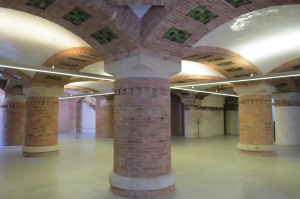 Who else has ever conceived of an operating theatre flooded with natural light? 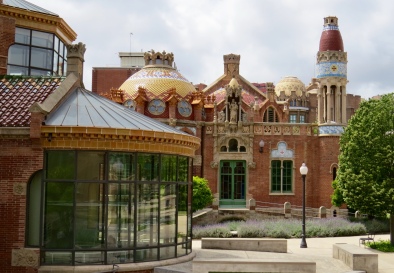 There are 27 buildings in the complex, with beautiful gardens in the courtyard. 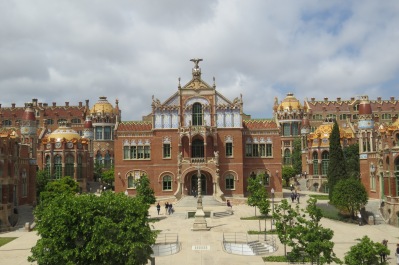 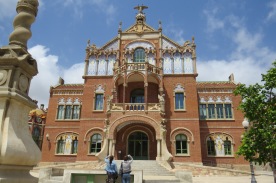 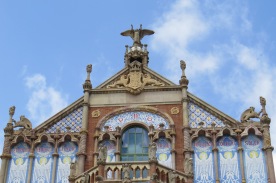 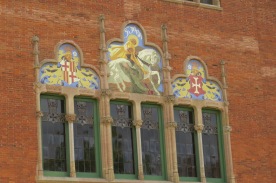 Some of them were open for us to explore their interiors. 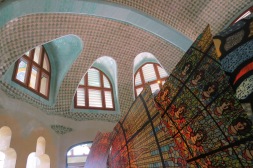 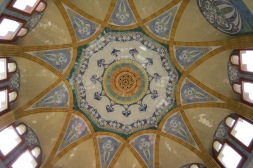 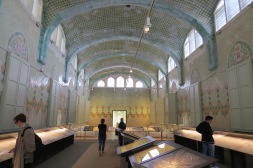 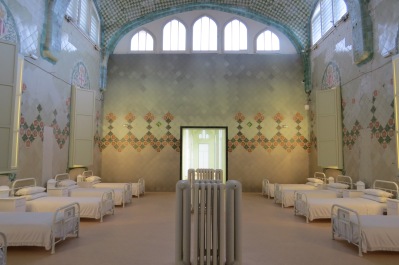 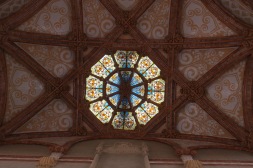 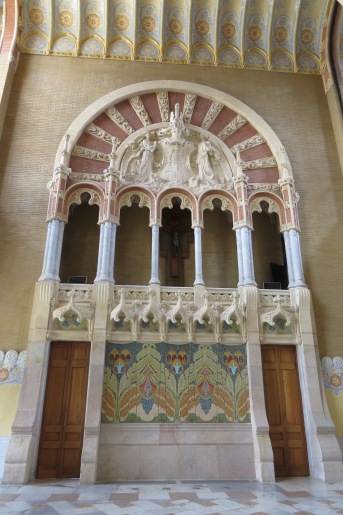 In 1915 during the construction of the Sant Rafael Pavilion, one of Dominech i Montaner’s 8 children, Ricard, aged 23, died of bronchopneumonia in 1915 having just completed an education in pharmacy.  Dominech had the sculptor Arnau represent Sant Rafael  with the face of Ricard. 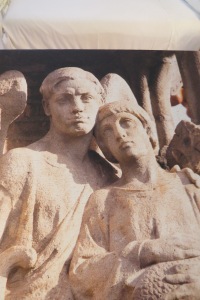 The architect, throughout his life:

The theatre was equally ornate and beautiful: 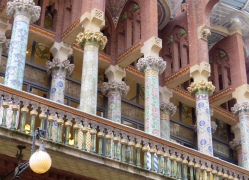 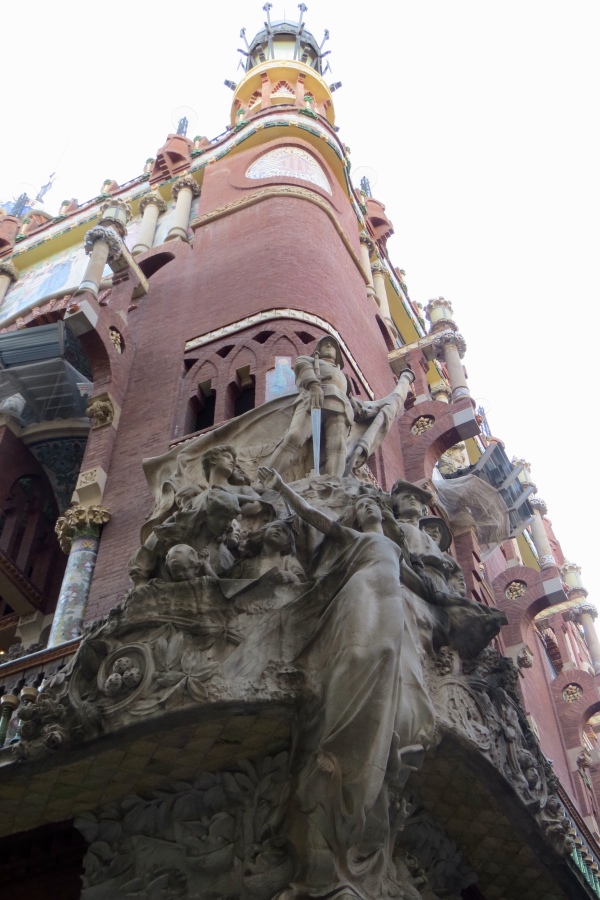 The stone balustrade in the Sant Pau chapel spells out a prayer in large gothic letters:  “Succour, Lord, the benefactors and the inmates of this Holy House here on earth and in Heaven and inspire sentiments of charity towards it.  Amen.”

In Barcelona we frequently found ourselves saying, “there can be nothing like this building anywhere else in the world.”  There seems no better way to sign off from beautiful Barcelona – than to say Amen.

Off to Byzantium on my magic carpet!