We were up early for a fairly long drive to our penultimate destination, Ankara.

En route we stopped off to have a look at Turkey’s largest salt lake.

On the outskirts of Ankara, this government town of 5.5 million people, there were the modern sky scrapers and endless new-looking 8-storey apartment buildings you would expect in a thriving city.

We stopped off for a visit to the Ataturk Mausoleum which turned out to be a masterpiece in propaganda.  We first encountered an enormous square and hoards of children dressed in graduation caps and gowns. 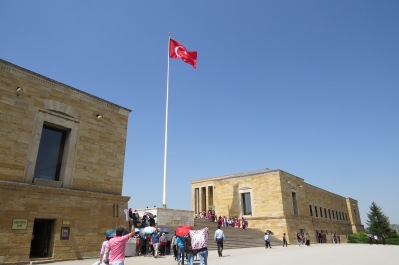 I went inside for a look at the building housing Ataturk’s tomb, which was highly protected by the military. 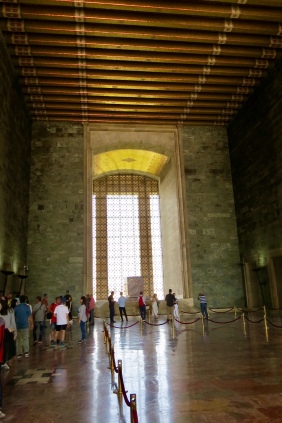 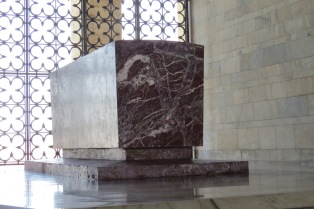 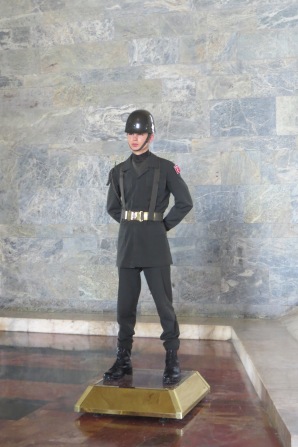 There is a fabulous, unexpected museum encircling the square.  An art gallery had floor-to-ceiling sized murals depicting the many battles won under Ataturk in the 1920’s leading to the creation of the new nation.  There were many portraits of Ataturk.  In the museum, there were many life-sized photographs of the former leader.  To say Ataturk’s eyes were arresting is literally true, I stopped in my tracks.  No wonder he was such a charismatic figure.  No wonder his detractors referred to him as “that blue-eyed Greek.” 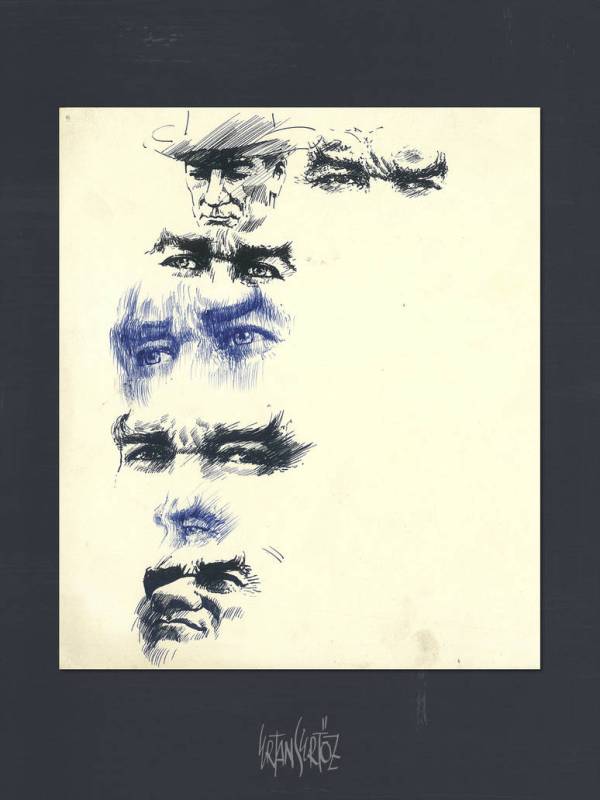 The current leader has tried to diminish the Ataturk effect by changing the names of government institutions in Ataturk’s name, but even he must know it would be folly to try to erase the man entirely from the national psyche.  It became clear that Ataturk is at the heart of this country’s strong Turkish identity.  It was his bravado and brilliance as a general that led to the establishment of the Turkish Republic.  Under Ataturk’s direction, the country started out as an intentionally secular institution, today’s leadership is trying to make the country more religiously conservative and blur the lines between church and state.  However, it doesn’t appear they have changed the hearts and minds of ordinary Turks.   The fact that there were lots of graduating students from very young to university age and their families visiting here on their special day speaks for itself.  Ataturk’s legacy isn’t going anywhere.

Our second stop in Ankara was at the Museum of Anatolian Civilization housed in the Grand Vizier’s Han built in about 1466. 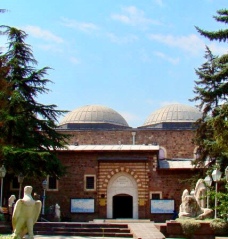 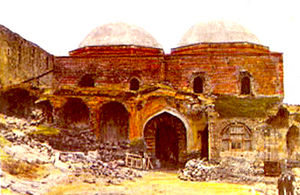 The museum was awarded the European museum of the year in 1997.  We were transported back through the eons.  The museum houses an amazing collection of artifacts dating from the Early Paleolithic Period (the Stone Age). 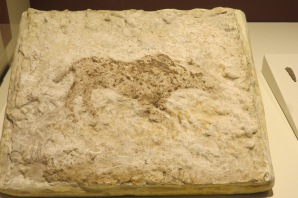 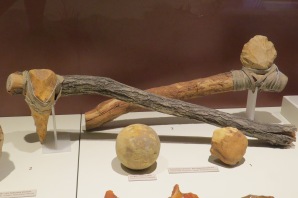 We also saw, among other things, the advancement of the Hittite civilization, who developed principles of democracy and justice on which the Greek philosophers relied.  Some tablets, said to be from the 17th to 19th centuries BCE, include a marriage certificate, divorce certificate and a credit card statement (“certificate of debt”):

It’s miraculous that pottery from the same timeframe has survived:

This gorgeous bronze caldron is from 8,000 BCE:

There were 3,000 year old stone carving friezes showing chariots – and the invention of the wheel was attributed to the Hittites:

This was a fascinating collection, beautifully displayed and well worth a visit.

As we headed downtown to our hotel, Marut commented that “Ankara is still a village.”  I saw what he meant. It was curious that what seemed so modern on the outskirts was a city centre that hasn’t caught up – it looked like a market.. 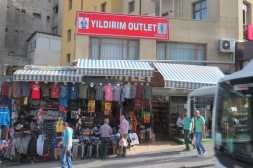 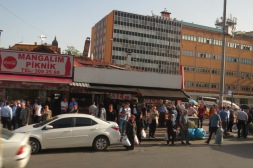 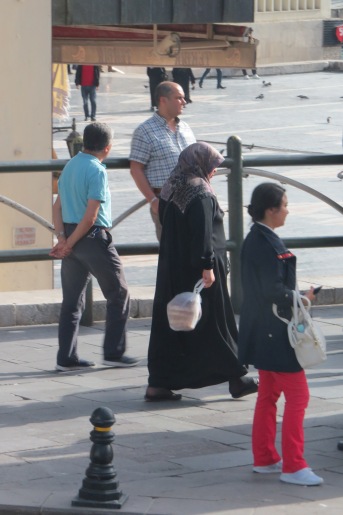 It seemed that although the capital had moved to Ankara, Istanbul is still the real heart of this country.  But I had only spent a day in Istanbul.  The question that still remained for me nearing the end of our trip was, would I get to know the real Istanbul, beyond its monumental mosques and palaces?