We set out early this morning bound for the Holy Cave of Covadonga in the Picos de Europa. After a lovely drive into the mountains, our local guide joined the bus and repeated the cave’s name often so that we will never, ever forget it.

Another wealthy Spanish region, Asturia, is historically important and sometimes called the “cradle of the nation.” The Moors conquered Spain in 722 AD and ruled until 1492. However, they were never able to penetrate the mountains of the Pica de Europa. In 718, the nobleman Pelayo was the first to win a battle against the Moors in the Battle of Covadonga and subsequently ruled the Kingdom of Asturius. It took several hundred years for the success of the “Reconquista.” When Ferdinand and Isabella married in 1492, each leading different regions of Spain, they united the area that is Spain today. This was the same year that Isabella sent Columbus to explore the new world, changing Spain’s fortunes and expanding its empire. 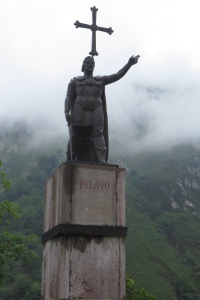 Pelayo defended Asturius from a cave carved out of the mountain and the myth that a “little virgin” appeared to Pelayo there led to the Holy Cave of Covadonga – a place of pilgrimage for everyone from the region of Asturius. The sacred location was earlier a Celtic holy meeting place. 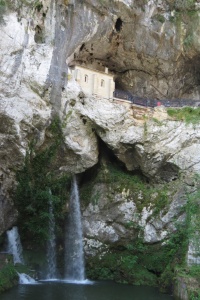 The beautiful cathedral built entirely of pink marble gives the faithful a place to celebrate their heritage. 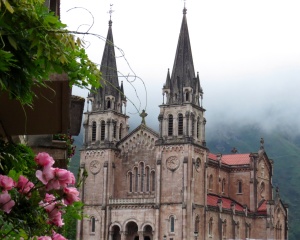 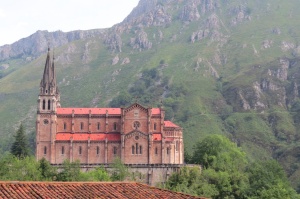 After visiting the cave, we visited the small town where Rene insisted that we try the local fare: apple sidre, and Fabada. Here, the cider is poured from a great height by waiters who never look at the glass held well below their sight lines. The fabulous local stew of faba beans and four meats — ham, bacon, chorizo and blood sausage — was only a starter, but was so delicious we couldn’t resist seconds. The main was melt-in-your-mouth baked chicken and frites which were deep-fried in something delicious. More sidre, which must be gulped in one swig, and we were in perfect form for a snooze on the bus.

Our next stop was the lovely city of Oviedo. Another very wealthy city, Oviedo has two universities and a lively cultural life, with an opera theatre, symphony and ballet company. The city has two public art galleries, one classical and one modern, and admission is free in both. We saw works of many famous painters in both buildings, including Reubens, Goya, Picasso, Dali and a lovely collection of 12 El Greco portraits of the disciples. There was also a magnificent alterpiece, the 16th century Retablo de Santa Marina emblazened in gold and red. 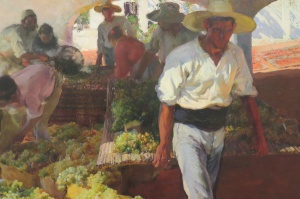 <a
Hooked the Boat, Sorolla 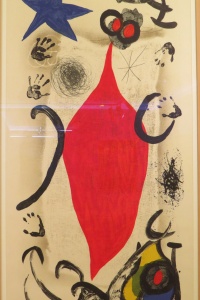 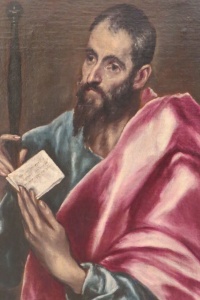 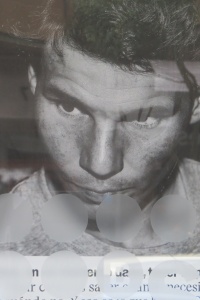 My closest Rafa sighting in Spain

On arrival, our first event was dinner. Yes, dinner, after our incredible lunch. The Spanish serve enormous portions of food, and I think it is only by smoking that Spanish women remain so thin. In an elegant restaurant (with the next table an affluent Spanish family enjoying celebratory champagne), we dined on the lightest croquettes we have had followed by hake, a tender, flaky whitefish and ample wine. It was all we could do to roll home to our hotel.  Spain beautifully melds the ancient with the contemporary. 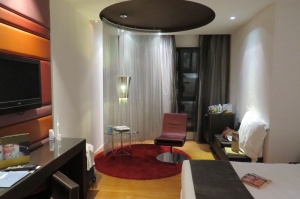