Our travels on the islands were busy and we had little to no wifi access so I am just starting to catch up.   Starting out, as we flew our little puddle jump from Victoria to Vancouver, looking down at the gulf islands glistening in sunlight, I wondered, do I really need leave these islands to go to some other islands?

After our flights and an overnight stop in Athens, we boarded a Blue Star ferry bound for our first destination, the island of Paros. 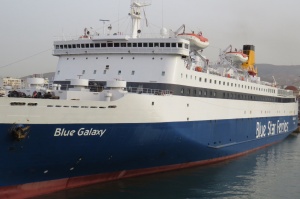 The island is dotted with windmills and the familiar blue domes of countless churches and family chapels on the Cycladic islands. 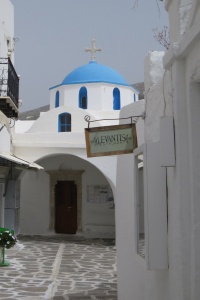 Filled with marble, the island has quarries, ancient and modern. The Venus de Milo, discovered here, was carved of marble from this island.

Parikia, the capital and main port of the island became our home base for the four days we were here.

The Pandrossos Hotel was beautifully situated for throwing open the azure shutters to my balcony in the morning, to watch muscled greek men tenderizing octopus on the rocks below. Temperatures ranged from balmy to hot, moderated by warm breezes. Lemons and oranges dangle voluptuously from glossy green shrubs. 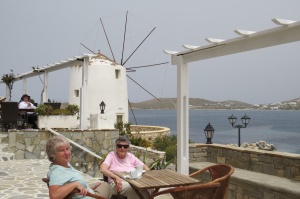 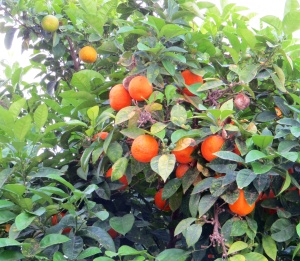 A walking tour of the town took us through a maze of charming, narrow streets, providing refuge from scorching afternoons, cool and muffled with gleaming whitewashed walls and cool aqua wooden doors providing gentle light in contrast to the hot colours of bougainvillia and oleander. Cleopatran cats licked their paws nonchalantly or stretched after a pleasant nap. 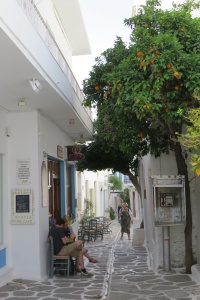 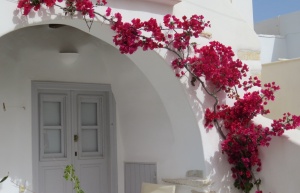 At the elegant 326 AD cathedral, Our Lady of 100 Gates (which does not in fact have 100 gates), the Greek Orthodox devout kissed mystical icons. The medieval 13th century castle here was built atop an ancient Temple of Athena. 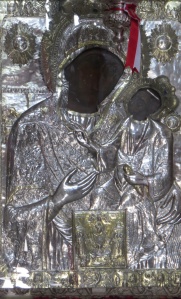 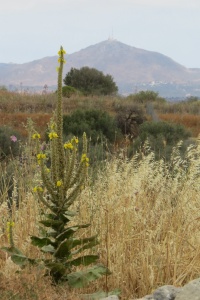 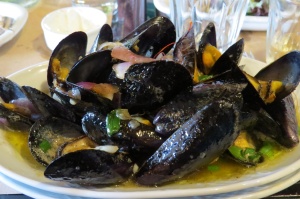 Our tour of the Island took us to a seaside village for a fabulous lunch and around Paros to the pretty port town of Naousa, where restaurants were preparing luscious meals for much later in the day (Greeks go for dinner at about 11:00 p.m.   They like to take things slow, until they get behind the wheel, that is, then they drive like there is no tomorrow.) 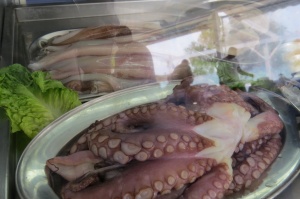 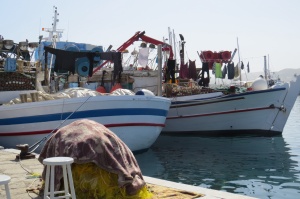 After visiting only one island, I am SO glad I came!